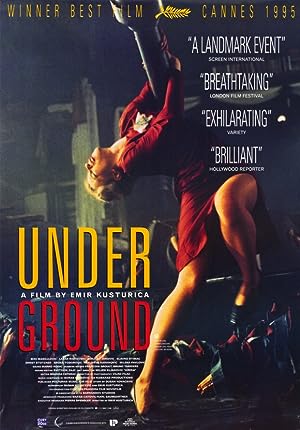 How to Watch Underground 1995 Online in Australia

The cast of Underground

What is Underground about?

The story follows an underground weapons manufacturer in Belgrade during WWII and evolves into fairly surreal situations. A black marketeer who smuggles the weapons to partisans doesn't mention to the workers that the war is over, and they keep producing. Years later, they break out of their underground "shelter" --- only to convince themselves that the war is still going on.

Where to watch Underground