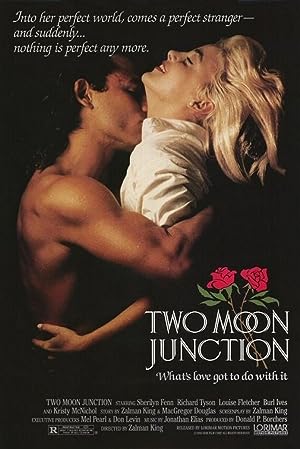 How to Watch Two Moon Junction 1988 Online in Australia

The cast of Two Moon Junction

What is Two Moon Junction about?

April has just graduated from an exclusive Southern college. She's just returned home to her family mansion to prepare for her semi-arranged marriage to "the right man", a man approved by April's father, a Senator. During a trip to the local fair, April meets Perry, the kind of man she always wanted but never knew. Her parents are aghast, as Perry is exactly the kind of man they don't want her associating with. April must reconcile the expectations of her family and her fiancée with the passion she feels for Perry.

Where to watch Two Moon Junction