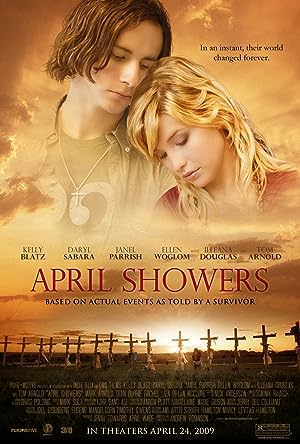 How to Watch April Showers 2009 Online in Australia

What is April Showers about?

A look inside a tragedy through the eyes of a survivor. Based on actual events, April Showers is about picking up the pieces in the direct aftermath of school violence. Set in a middle class suburban neighborhood, April Showers focuses on the lives of a handful of teachers and students as they attempt to make sense of a world that has just been turned upside down by one of their own. With the community and an entire nation caught up in the 'story', the students of Jefferson High must turn to one another for answers. In the wake atrocity, the rifts caused by misinformation and a frenzied media prove difficult to overcome. Lost and lonely under the international spotlight, one young man navigates his way through his almost indiscernible home. From quaint suburban town to battlefield turned media circus, Jefferson High provides the backdrop for Sean's struggle to cope with the loss of his friend April.

Where to watch April Showers

Which streaming providers can you watch April Showers on

Here is the comprehensive list of streaming providers that will show April Showers in Australia. If April Showers will appear with other providers further down the line, this table will be updated.

The cast of April Showers

April Showers is a great Crime movie, we’ve selected several other movie options that we think you would like to stream if you have watched April Showers

April Showers is a great crime show, we’ve selected several other show options that we think you would like to stream if you have watched April Showers