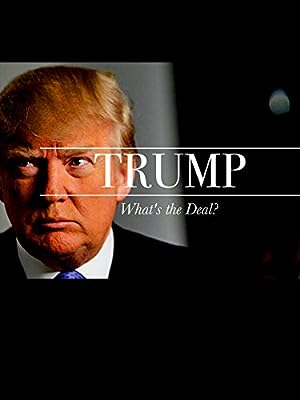 How to Watch Trump: What's the Deal? 1991 Online in Australia

The cast of Trump: What's the Deal?

What is Trump: What's the Deal? about?

Donald Trump is one of the richest and most famous men in America, but on what foundation has his success been built? From accusations of harassment to repeated flirtations with bankruptcy, his very public business career has been one of artifice and intrigue; a Machiavellian performance played out before the American media. Originally produced in 1991, "Donald Trump: What's the Deal?" investigates the unscrupulous reality behind this most public of figures. Swaggering and assured, exaggerated statements have become Trump's trademark, making him as much a celebrity as a businessman; a poster boy for American capitalism. This air of cocky invincibility has, however, repeatedly hidden a questionable and often duplicitous business approach. Ignoring the facade, this remarkable and revealing documentary exposes the unsavory truth of the self-professed 'People's Billionaire'.

Where to watch Trump: What's the Deal?