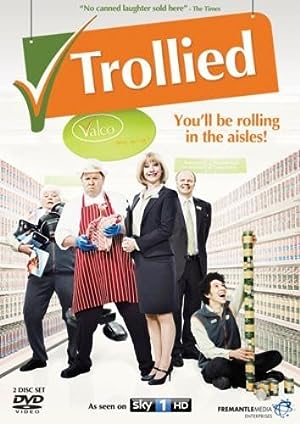 How to Watch Trollied Online in Australia

The cast of Trollied

What is Trollied about?

Set in Valco, a fictional supermarket in the north-west of England, Trollied is an eight-part sitcom that puts a comic twist on one of our most familiar surroundings. Acting deputy manager Julie struggles to assert her authority and fails at almost every attempt to make a good impression on store manager Gavin. She also has something of a crush on Gavin, who manages to rebuff her clumsily executed flirtations - that is, if he's aware of them at all.

Where to watch Trollied