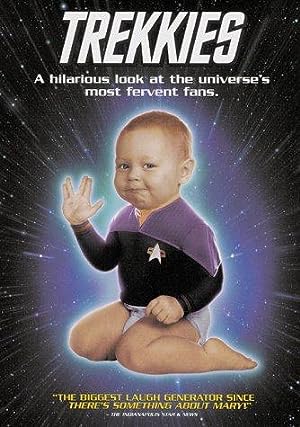 How to Watch Trekkies 1997 Online in Australia

The cast of Trekkies

What is Trekkies about?

From a television series that barely lasted three seasons in the 1960s, Star Trek has grown into a multibillion-dollar industry involving several spin-off series, numerous movies, and countless merchandise items. This phenomenon is due to the series' legions of rabidly devoted fans, popularly known as "Trekkies". Star Trek actress Denise Crosby provides an affectionate and humorous look at some of these people, who demonstrate how Star Trek has affected and even shaped their lives. Several members of the series' cast and creative team also describe what the series and its fans mean to them.

Where to watch Trekkies