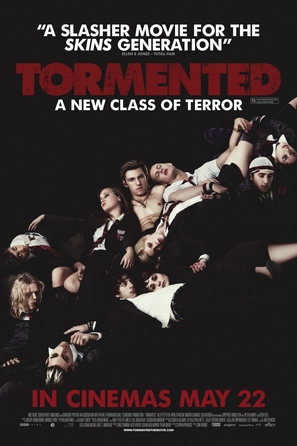 How to Watch Tormented 2009 Online in Australia

The cast of Tormented

What is Tormented about?

The head girl Justine gives a speech on the funeral of the teenage schoolmate Darren Mullet who has just committed suicide but she does not recall who he was. Then she is invited by Alexis to date him in the celebration party in the house of his friend Bradley. Soon Justine discovers that Darren had a crush on her and was bullied by Bradley and his friends including Alexis. When each one of Bradley's friends is found dead, they discover that Darren has returned from beyond to revenge the humiliations he was submitted to.

Where to watch Tormented