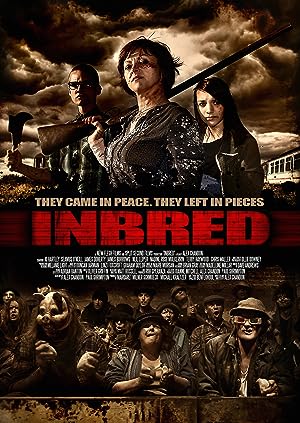 How to Watch Inbred 2011 Online in Australia

The cast of Inbred

What is Inbred about?

This film is about a group of four teen offenders who go to the country for the weekend with two other youth workers. They end up at an old country house near the town of Mortlake in Yorkshire. After they clean up the house so they can stay there they all head in to the village for some well earned drinks only to run in to the local "town folk". The next day they go to a place that has old train carriages to collect some scrap metal when they again run in to the locals, but this time it ends up with one of the youth workers being hurt badly. They go in to the village for help but it turns out to be the worst thing they could have done. The locals aren't as friendly and welcoming as they thought.

Where to watch Inbred