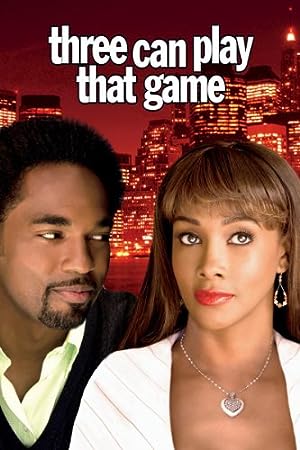 The cast of Three Can Play That Game

What is Three Can Play That Game about?

Shanté Smith has moved to Atlanta where she's the Love Doctor, helping women get their men to the altar. Tiffany calls her after she catches her boyfriend, Byron, in a clinch with his boss, Carla, just after he wins a competition similar to "The Apprentice." Shanté initiates a five-step program for Tiffany while Byron seeks advice from his best friend, Gizzard. The five steps include her meeting his family and her offering and withholding sex; Byron and Gizzard respond with their own strategies. Then, Bryon consults Shanté: has the Love Doctor switched sides? And, what happens if Byron finds out that Tiffany's playing games? Can true love run without a play book?

Where to watch Three Can Play That Game

More Comedy movies like Three Can Play That Game

More Comedy tv shows like Three Can Play That Game