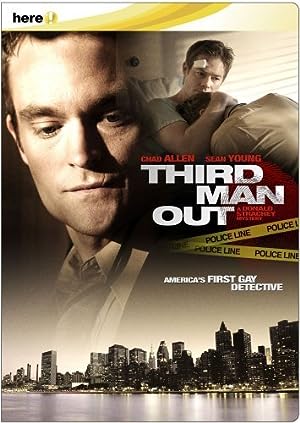 How to Watch Third Man Out 2005 Online in Australia

The cast of Third Man Out

What is Third Man Out about?

Donald Strachey's claim to fame is being the only openly gay private investigator in the Albany area. He is married to Tim Callahan, the aide to Democratic senator, Dianne Glassman. Because of the expensive house renovations Donald and Tim are going through, Donald reluctantly takes the case of John Rutka, a gay advocate, who is hated by homophobes for being so vocally gay, and by many gays, such as Donald and Tim, because he, through his website, outs gays who want to stay in the closet. The higher the profile of his targets, the better he feels he is advancing the gay cause. John was shot in his own home by an unknown assailant, while his boyfriend Eddie Santon was home with him. John wants Donald to find out and nab who shot him, before the perpetrator finishes the job. They believe that the shooter is probably working for one of the many he is investigating as possibly being gay, the three who he was contemplating possibly featuring in the next edition of his blog being the most-likely candidates. As Donald sifts through the leads on the three, further attempts are made on John's life as well as on his own and Tim's as Donald gets closer to the truth. Through it all, Donald isn't sure how much he can trust John and by association Eddie, as John has a reputation for lying to advance his own cause.

Where to watch Third Man Out