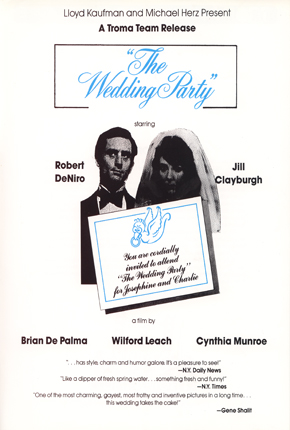 How to Watch The Wedding Party 1969 Online in Australia

What is The Wedding Party about?

Charlie and Josephine are to be married in a church on the island off the east coast where her family, the Fishes, live, the other wedding events to take place or centered on the well-off ...

Where to watch The Wedding Party

Which streaming providers can you watch The Wedding Party on

The cast of The Wedding Party