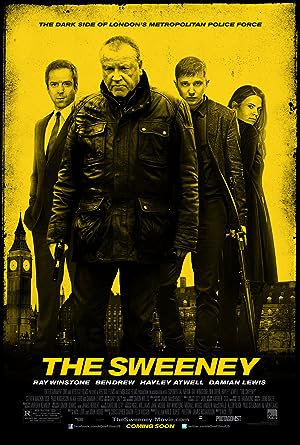 How to Watch The Sweeney 2012 Online in Australia

What is The Sweeney about?

Jack Regan is a slobbish, old style cop whose unsubtle methods usually get results, to the annoyance of internal affairs officer Lewis, who would be even more annoyed if he knew that Regan was having an affair with his young wife, policewoman Nancy. After Regan disobeys orders and a shoot-out in central London following a bank hold-up ends in carnage, he is stripped of office and briefly imprisoned. However, thanks to the loyalty of his young protege George Carter and a little string pulling from his superior Frank Haskins, Regan is released to bring down the villains in a gun battle at Gravesend marina, ensuring the continued existence of his department - the Sweeney.

Where to watch The Sweeney

Which streaming providers can you watch The Sweeney on

Here is the comprehensive list of streaming providers that will show The Sweeney in Australia. If The Sweeney will appear with other providers further down the line, this table will be updated.

The cast of The Sweeney

The Sweeney is a great Action movie, we’ve selected several other movie options that we think you would like to stream if you have watched The Sweeney

The Sweeney is a great action show, we’ve selected several other show options that we think you would like to stream if you have watched The Sweeney