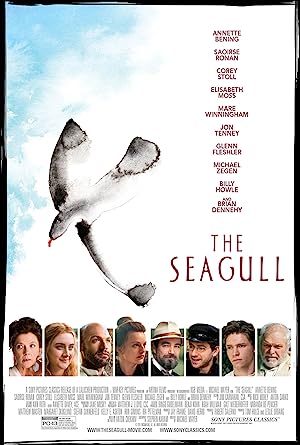 How to Watch The Seagull 2018 Online in Australia

What is The Seagull about?

The Seagull centers on the romantic and artistic clashes between fading actress Irina Arkadina; fresh-faced ingénue Nina Zarechnaya; famous writer Boris Trigorin, Irina's lover; and failing playwright Konstantin Treplyov, Irina's son who is in love with Nina. All four come up against one another while visiting a country estate owned by Irina's brother.

Where to watch The Seagull

Which streaming providers can you watch The Seagull on

Here is the comprehensive list of streaming providers that will show The Seagull in Australia. If The Seagull will appear with other providers further down the line, this table will be updated.

The cast of The Seagull

The Seagull is a great Comedy movie, we’ve selected several other movie options that we think you would like to stream if you have watched The Seagull

The Seagull is a great comedy show, we’ve selected several other show options that we think you would like to stream if you have watched The Seagull