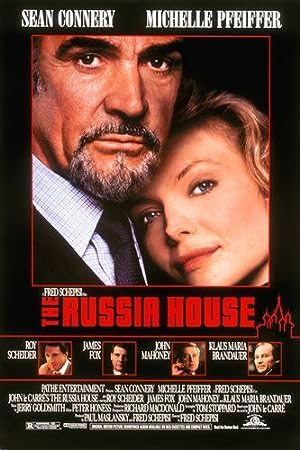 How to Watch The Russia House 1990 Online in Australia

What is The Russia House about?

Three notebooks supposedly containing Russian military secrets are handed to a British publisher during a Russian book conference. The British secret service are naturally keen to learn if these notebooks are the genuine article. To this end, they enlist the help of the scruffy British publisher Barley Blair, who has plenty of experience with Russia and Russians. Barley, an unconventional character who doesn't respond well to authority, finds himself in a game more complex than he first thought when he digs into the origin of the notebooks.

Where to watch The Russia House

Which streaming providers can you watch The Russia House on

The cast of The Russia House

The Russia House is a great Drama movie, we’ve selected several other movie options that we think you would like to stream if you have watched The Russia House

The Russia House is a great drama show, we’ve selected several other show options that we think you would like to stream if you have watched The Russia House