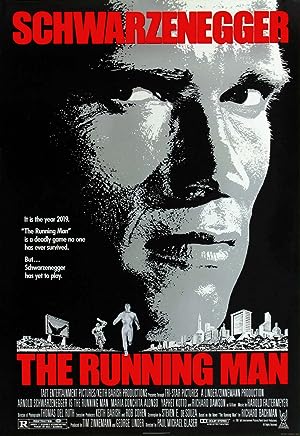 How to Watch The Running Man 1987 Online in Australia

The cast of The Running Man

What is The Running Man about?

In the year 2017, the world economy has collapsed. The great freedoms of the United States are no longer, as the once great nation has sealed off its borders and become a militarized police state, censoring all film, art, literature, and communications. Even so, a small resistance force led by two revolutionaries manages to fight the oppression. With full control over the media, the government attempts to quell the nation's yearning for freedom by broadcasting a number of game shows on which convicted criminals fight for their lives. The most popular and sadistic of these programs is "The Running Man," hosted by Damon Killian. When a peaceful protest of starving citizens gathers in Bakersfield, California, a police officer named Ben Richards is ordered to fire on the crowd, which he refuses to do. Subdued by the other officers, the attack is carried out, and Richards is framed for the murder of almost a hundred unarmed civilians. Following a daring jail break months later, Richards is captured once again and forced to appear on "The Running Man" with three other convicts. With their help, he fights his way through a cadre of sadistic gladiators hunting them down through the ruins of a Los Angeles earthquake, but not promising Killian that he'll return to settle the score when the show's host double-crosses him. In the meantime, the contestants must search through the ruins for the resistance in the hopes of finally broadcasting the truth about the government.

Where to watch The Running Man