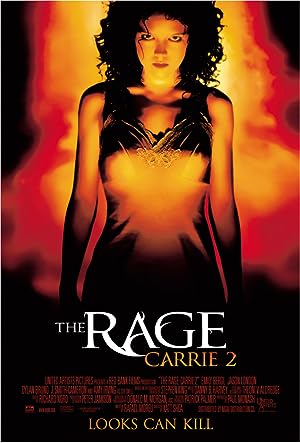 How to Watch The Rage: Carrie 2 1999 Online in Australia

The cast of The Rage: Carrie 2

What is The Rage: Carrie 2 about?

After the suicide of her only friend, Rachel Lang has never felt more on the outside. The one person who reached out to her, Jessie Ryan, also happens to be part of the popular crowd that lives to torment outsiders like her. However, Rachel has something else that separates her from the rest, secret amazing powers to move things with her mind. Sue Snell, the only survivor of Carrie White's rampage 23 years ago, may hold the key to helping Rachel come to terms with her awesome, but unwanted powers. But as Rachel slowly learns to trust, a terrible trap is being laid for her, and making her angry could prove to be deadly.

Where to watch The Rage: Carrie 2