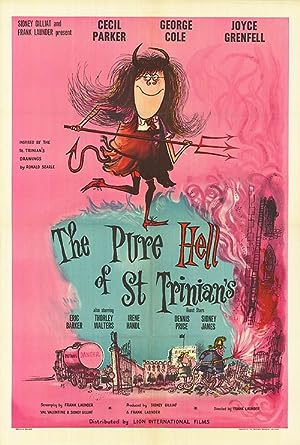 How to Watch The Pure Hell of St. Trinian's 1960 Online in Australia

The cast of The Pure Hell of St. Trinian's

What is The Pure Hell of St. Trinian's about?

When the school burns to the ground there's clearly been some arson around. The pupils are found guilty and the judge hands them into the care of a pretty dubious child psychiatrist. The sixth form are soon kidnapped and on their way to Arabia with the Ministry of Education, Barchester police, and an Army Bath Unit after them. But real rescue is at hand in the shape of Britain's finest fighting force - St. Trinian's fourth form.

Where to watch The Pure Hell of St. Trinian's

More Comedy movies like The Pure Hell of St. Trinian's