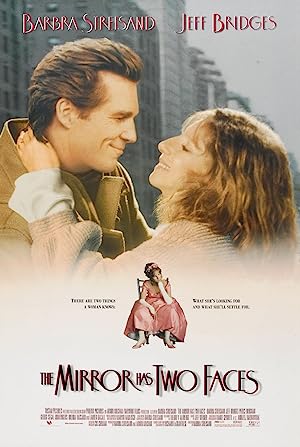 The cast of The Mirror Has Two Faces

What is The Mirror Has Two Faces about?

Rose and Gregory, both Columbia University professors meet when Rose's sister answers Gregory's "personals" ad. Several times burned, the handsome-but-boring Gregory believes that sex has ruined his life, and has deliberately set out to find and marry a woman with absolutely no sex appeal. Greg thinks he's found what he's looking for in Rose, a plain, plump English Lit professor who can't compete with her gorgeous mother and sister. More out of mutual admiration and respect than love, Greg and Rose marry. Greg assumes that Rose understands that he is not interested in a sexual relationship. He's mistaken, and their marriage is nearly destroyed when Rose tries to consummate their relationship. While Gregory is out of the country on a lecture tour, Rose diets and exercises to transform herself into a sexy siren in a last-ditch attempt to save her marriage.

Where to watch The Mirror Has Two Faces

More Comedy movies like The Mirror Has Two Faces

More Comedy tv shows like The Mirror Has Two Faces