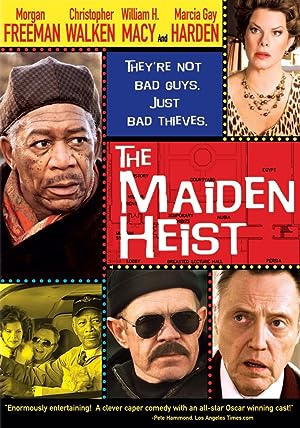 How to Watch The Maiden Heist 2009 Online in Australia

The cast of The Maiden Heist

What is The Maiden Heist about?

Three middle-age guards learn that their museum has sold a wing of art to a Danish museum. Each has a favorite in that collection, and none can imagine life without the peace and completion it brings. Though mere acquaintances, they plot a theft of the three pieces between the time they are packed and the time they're loaded onto a plane. First each must obtain a forgery; then, they have to smuggle the forgeries into the museum and find a way to make the switches. The heist is complicated by Roger's intrusive wife - he's promised her a trip to Florida for their anniversary - and George's proclivity for taking his clothes off when standing in front of the warrior statue he loves.

Where to watch The Maiden Heist