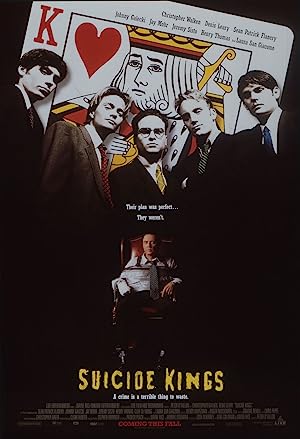 How to Watch Suicide Kings 1997 Online in Australia

The cast of Suicide Kings

What is Suicide Kings about?

Ex-mob boss Christopher Walken is kidnapped by a group of four kids in a haphazard attempt at paying the ransom for another, separate kidnapping. Complexities arise as the group cannot seem to do anything right.

Where to watch Suicide Kings