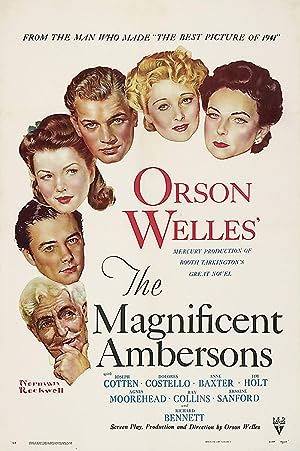 How to Watch The Magnificent Ambersons 1942 Online in Australia

The cast of The Magnificent Ambersons

What is The Magnificent Ambersons about?

The young, handsome, but somewhat wild Eugene Morgan wants to marry Isabel Amberson, daughter of a rich upper-class family, but she instead marries dull and steady Wilbur Minafer. Their only child, George, grows up a spoiled brat. Years later, Eugene comes back, now a mature widower and a successful automobile maker. After Wilbur dies, Eugene again asks Isabel to marry him, and she is receptive. But George resents the attentions paid to his mother, and he and his whacko aunt Fanny manage to sabotage the romance. A series of disasters befall the Ambersons and George, and he gets his come-uppance in the end.

Where to watch The Magnificent Ambersons