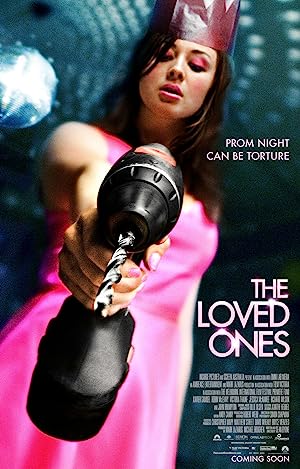 How to Watch The Loved Ones 2009 Online in Australia

The cast of The Loved Ones

What is The Loved Ones about?

In order to avoid a ghostly figure in the road, high school senior Brent Mitchell wraps his car around a tree, killing his father. Constantly confronted by his mother's emotional collapse after the accident, Brent escapes into a marijuana fueled world of loud metal music to block the pain and guilt. Dejected and out of sorts, he has a shot at happiness with his girlfriend Holly, a grounded, caring girl with drop dead good looks, a dream date for the high school prom. But his plans are thwarted by a disturbing series of events that take place under a mirrored disco ball, involving pink satin, glitter, syringes, nails, power drills and a secret admirer. Brent has become the prom king at a macabre, sadistic event where he is the entertainment.

Where to watch The Loved Ones

The Loved Ones Trailer