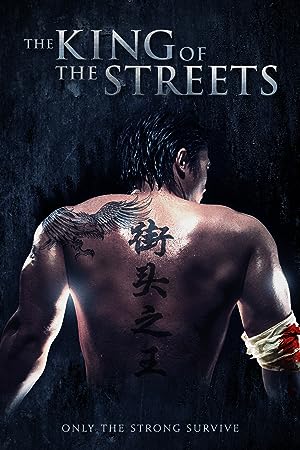 The cast of The King of the Streets

What is The King of the Streets about?

Yue Feng (Yue Song) is a young thug with exceptional streetfighting abilities. He will stop at nothing to defeat all challengers - until, in an tragic accident, he kills a fellow competitor and is sent to prison. Eight years later, Yue Feng emerges a changed man. He no longer fights, and is looking for a new life of peace and fulfillment. But it's brutal on the streets, and redemption doesn't come easy. His brotherhood is destroyed, family members murdered, and a loved one humiliated - a deadly chain reaction that leaves him no choice but to unleash his power in the name of justice. The King of the Streets, China's first street-fighting movie, pits real-life martial artist Yue Song against more than 10 of the world's top contenders in MMA, Jiu-jitsu, Jeet Kune Do, Sanda, and Muay Thai boxing.

Where to watch The King of the Streets

More Action movies like The King of the Streets

More Action tv shows like The King of the Streets