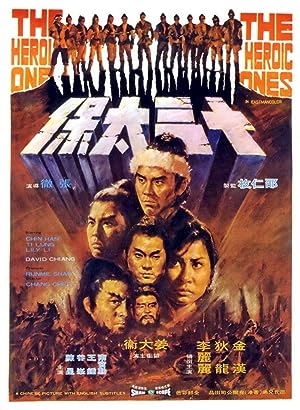 How to Watch The Heroic Ones 1970 Online in Australia

The cast of The Heroic Ones

What is The Heroic Ones about?

A Mogul king decides to take stealthy action to help overpower his greatest rivals. He chooses nine out thirteen of his loyal generals (who he treats as sons) to embark on the mission. However, jealously amongst them sparks a treacherous family feud that could lead to catastrophic consequences for all involved.

Where to watch The Heroic Ones

Watch The Heroic Ones