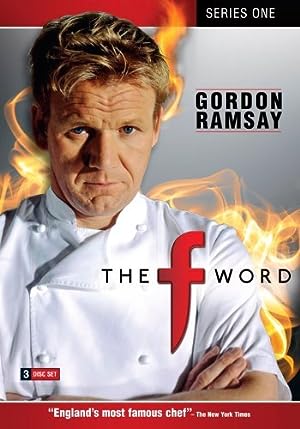 How to Watch The F Word Online in Australia

What is The F Word about?

Set in the high-octane environment of a glamorous and bustling restaurant, all the action is set against the backdrop of the drama of a full working kitchen staffed by some of the best chefs in the country. Over the course of the show Gordon and his brigade prepare a three-course meal for diners who all share Gordon's passion for food. Gordon launches his campaign to 'Get Women Back in the Kitchen' and puts his reputation on the line in 'Recipe Challenge' when he invites a member of the public to pitch their recipe against his. Up and coming cooks and chefs from around the UK fight to earn a job in one of Gordon's restaurant kitchens: every week two hopefuls help Gordon's brigade prepare dinner in the restaurant.

Where to watch The F Word

Which streaming providers can you watch The F Word on

Here is the comprehensive list of streaming providers that will show The F Word in Australia. If The F Word will appear with other providers further down the line, this table will be updated.

The cast of The F Word

The F Word is a great Documentary movie, we’ve selected several other movie options that we think you would like to stream if you have watched The F Word

The F Word is a great documentary show, we’ve selected several other show options that we think you would like to stream if you have watched The F Word