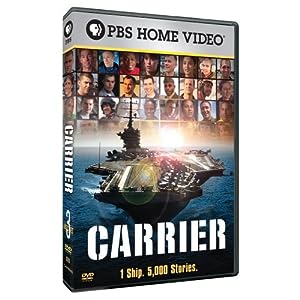 How to Watch Carrier Online in Australia

What is Carrier about?

CARRIER is a character-driven immersion in the high-stakes world of a nuclear aircraft carrier, shot on the USS Nimitz during a six-month deployment to the Persian Gulf. The program follows a core group of participants from the elite fighter pilots to the youngest sailors as they navigate challenges around their jobs, families, faith, patriotism and the war on terror.

Where to watch Carrier

Which streaming providers can you watch Carrier on

Here is the comprehensive list of streaming providers that will show Carrier in Australia. If Carrier will appear with other providers further down the line, this table will be updated.

The cast of Carrier

Carrier is a great Documentary movie, we’ve selected several other movie options that we think you would like to stream if you have watched Carrier

Carrier is a great documentary show, we’ve selected several other show options that we think you would like to stream if you have watched Carrier