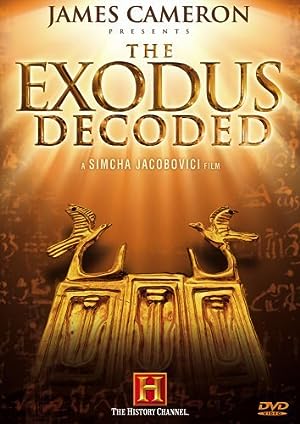 How to Watch The Exodus Decoded 2006 Online in Australia

The cast of The Exodus Decoded

What is The Exodus Decoded about?

Exodus Decoded is a documentary created by Jewish Canadian filmmaker Simcha Jacobovici, in which new evidence in favor of the historicity of the Biblical Exodus is explored. It is partially narrated by film director James Cameron. Jacobovici suggests that the Exodus took place around 1500 BCE during the reign of pharaoh Ahmose I, and coincided with the eruption of Santorini that most scholars believe ended the Minoan civilization. In the documentary, the plagues that ravished Egypt in the Bible are explained as having resulted from that volcanic eruption, and a related collapse in the Nile river delta. While much of Jacobovici's archaeological evidence for the Exodus comes from Egypt, a surprising quantity comes from Mycenae, on mainland Greece.

Where to watch The Exodus Decoded