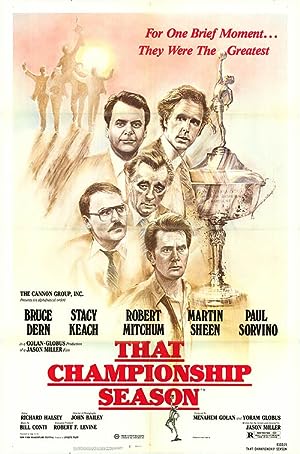 How to Watch That Championship Season 1982 Online in Australia

The cast of That Championship Season

What is That Championship Season about?

It started as a friendly meeting between 4 old buddies with their basketball coach and ended up in revealing the truth about their relationship. The meeting forces the five men to reveal their true identity, to be honest with each other for the first time in their lives. When the night comes to an end they decide to go back to the old glorious days and reunite into the team which won that championship season, back in 1957...

Where to watch That Championship Season