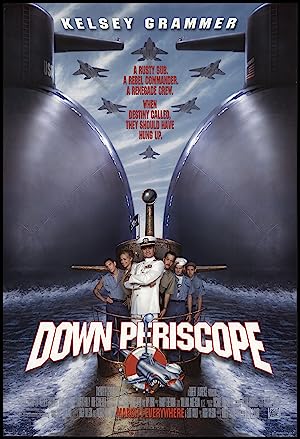 How to Watch Down Periscope 1996 Online in Australia

The cast of Down Periscope

What is Down Periscope about?

Lt. Cmdr. Tom Dodge is assigned as Captain to the USS Stingray, an old diesel driven submarine that has seen better days. With a crew that consists only of weird guys (and a gal), he's headed against the atomic powered USS Orlando, with the mission to destroy a dummy battleship.

Where to watch Down Periscope