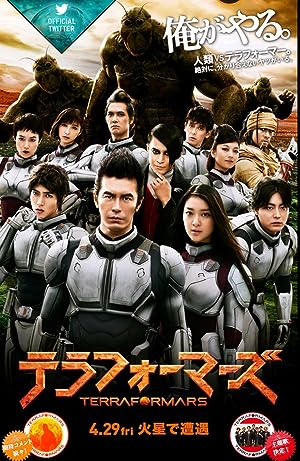 How to Watch Terra Formars 2016 Online in Australia

The cast of Terra Formars

What is Terra Formars about?

In an attempt to colonize Mars, 21st century scientists seed the planet with algae to absorb sun light and purify the atmosphere, and cockroaches who in turn spread the algae as they feed. 500 years later, the first manned mission to Mars loses contact with Earth, and a second ship is sent to investigate.

Where to watch Terra Formars