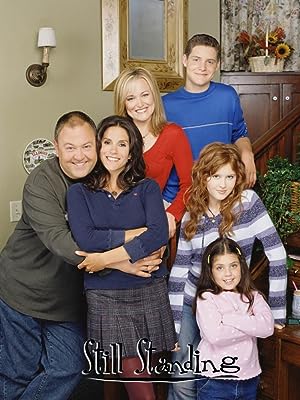 How to Watch Still Standing Online in Australia

What is Still Standing about?

Meet Bill and Judy Miller, a toilet salesman and a dental assistant, two high school lovers who turned in their wild lifestyle to get married years ago. Now, as they creep toward middle age, they have to deal with more "everyday" things, such as their three kids: their intelligent and (to Bill's horror) still sexually-unsure son Brian; their typical drama queen daughter Lauren; and their smug, sarcastic six year old, Tina. With Judy's desperate man-hunting sister Linda, Bill's interfering mother Louise, a lesbian couple living next door and other crazy characters around, it's no wonder that Bill and Judy constantly get into strange (and oft-hilarious) misadventures as they try to prove that they're not too old to have fun. Along the way, they always end up showing that they "still" love each other, no matter what.

Where to watch Still Standing

Which streaming providers can you watch Still Standing on

Here is the comprehensive list of streaming providers that will show Still Standing in Australia. If Still Standing will appear with other providers further down the line, this table will be updated.

The cast of Still Standing

Still Standing is a great Comedy movie, we’ve selected several other movie options that we think you would like to stream if you have watched Still Standing

Still Standing is a great comedy show, we’ve selected several other show options that we think you would like to stream if you have watched Still Standing