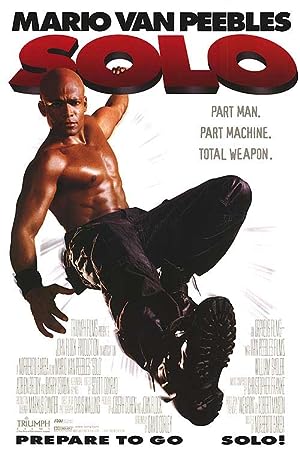 How to Watch Solo 1996 Online in Australia

The cast of Solo

What is Solo about?

Mario Van Peebles stars as an android killing weapon designed by the military and utilized to enter into a Latin American war to destroy the rebels - natives fighting simply to maintain their freedom. Contrary to his programming, he develops an affinity for the villagers and decides to help them fight back. This lets his creators bring him back and ultimately leads to one of them being given more powerful circuitry to defeat him.

Where to watch Solo