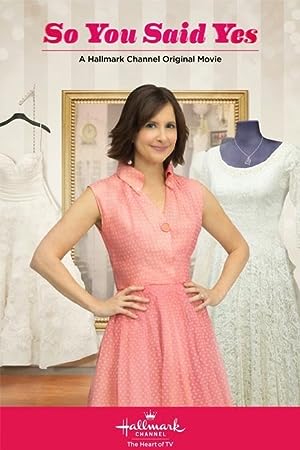 How to Watch So You Said Yes 2015 Online in Australia

What is So You Said Yes about?

A triangle of sorts is presented. The common side of the triangle is small town lawyer Sam Taylor, who despite being probably one of the most eligible bachelors in town has never yet married as he has yet to find the right woman. On one of his sides is Annabelle Blanche, a woman new to town and a business neighbor. Annabelle put aside a successful big city career in advertising to open a bridal store, So You Said Yes. She sees her store as an alternative rather than competition to the only other bridal shop in town, Ever After, as while Ever After is traditional, catering perhaps more to the vision mothers have for their daughter brides, So You Said Yes is more eclectic in that Annabelle wants brides to feel comfortable in presenting themselves as they truly are at their wedding as opposed to what bridal magazines may show as the standard. Annabelle wants to strike a cordial relationship with the owner of Ever After, she who not only opposes Annabelle's visions of weddings, but truly does see Annabelle as competition. Annabelle in large part has used work as an excuse to avoid having a personal life, she having a fear of commitment in witnessing the life of her father Nick Blanche, who she feels treats commitment as a throwaway as he is on marriage number three following the death of Annabelle's mother. Despite Annabelle's resistance to having a personal life, Sam is able to chip away at her defenses for the two to fall in love. The third side of the triangle on the other side of Sam is his widowed mother, the proper Claire Taylor, who also happens to be the proprietor of Ever After. As such, Sam delays telling Annabelle who his mother is, and delays telling his mother that the woman he has fallen in love with is Annabelle. When the inevitable truth does come to light, the question becomes if the relationships Sam has with Annabelle and/or Claire, both who he loves, will be able to survive.

Where to watch So You Said Yes

Which streaming providers can you watch So You Said Yes on

The cast of So You Said Yes

So You Said Yes Trailer

So You Said Yes is a great Comedy movie, we’ve selected several other movie options that we think you would like to stream if you have watched So You Said Yes

More comedy tv shows like So You Said Yes

So You Said Yes is a great comedy show, we’ve selected several other show options that we think you would like to stream if you have watched So You Said Yes

Watch So You Said Yes