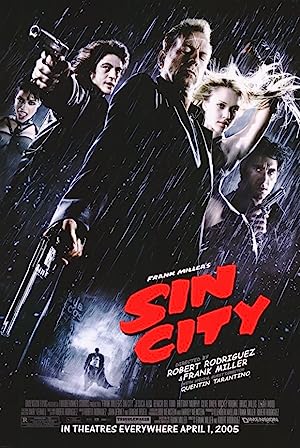 How to Watch Sin City 2005 Online in Australia

What is Sin City about?

Four tales of crime adapted from Frank Miller's popular comics, focusing around a muscular brute who's looking for the person responsible for the death of his beloved Goldie, a man fed up with Sin City's corrupt law enforcement who takes the law into his own hands after a horrible mistake, a cop who risks his life to protect a girl from a deformed pedophile, and a hitman looking to make a little cash.

Where to watch Sin City

Which streaming providers can you watch Sin City on

Here is the comprehensive list of streaming providers that will show Sin City in Australia. If Sin City will appear with other providers further down the line, this table will be updated.

The cast of Sin City

Sin City is a great Crime movie, we’ve selected several other movie options that we think you would like to stream if you have watched Sin City

Sin City is a great crime show, we’ve selected several other show options that we think you would like to stream if you have watched Sin City