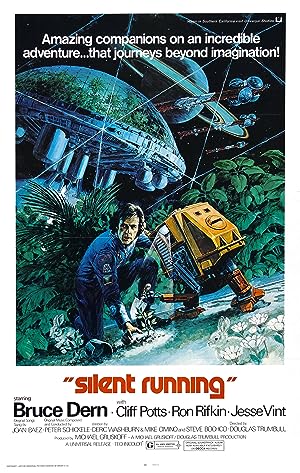 How to Watch Silent Running 1972 Online in Australia

The cast of Silent Running

What is Silent Running about?

In a future Earth barren of all flora and fauna, the planet's ecosystems exist only in large pods attached to spacecraft. When word comes in that the pods are to be jettisoned into space and destroyed, most of the crew of the Valley Forge rejoice at the prospect of going home. Not so for botanist Freeman Lowell, who loves the forest and its creatures. He kills his colleagues taking the ship deep into space. Alone on the craft with his only companions being three small robots, Lowell revels in joys of nature. When colleagues appear to "rescue" him, he realizes he has only one option available to him.

Where to watch Silent Running