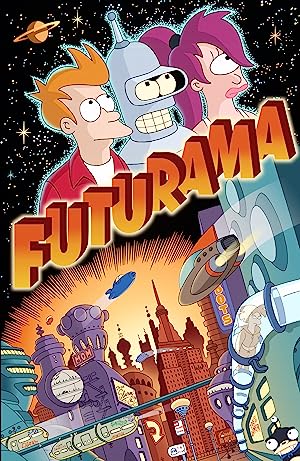 How to Watch Futurama Online in Australia

What is Futurama about?

Phillip Fry is a 25-year-old pizza delivery boy whose life is going nowhere. When he accidentally freezes himself on December 31, 1999, he wakes up 1,000 years in the future and has a chance to make a fresh start. He goes to work for the Planet Express Corporation, a futuristic delivery service that transports packages to all five quadrants of the universe. His companions include the delivery ship's captain, Leela, a beautiful one-eyed female alien who kicks some serious butt, and Bender, a robot with very human flaws.

Where to watch Futurama

Which streaming providers can you watch Futurama on

Here is the comprehensive list of streaming providers that will show Futurama in Australia. If Futurama will appear with other providers further down the line, this table will be updated.

The cast of Futurama

Futurama is a great Animation movie, we’ve selected several other movie options that we think you would like to stream if you have watched Futurama

Futurama is a great animation show, we’ve selected several other show options that we think you would like to stream if you have watched Futurama