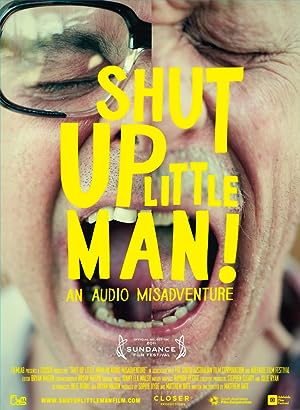 How to Watch Shut Up Little Man! An Audio Misadventure 2011 Online in Australia

The cast of Shut Up Little Man! An Audio Misadventure

What is Shut Up Little Man! An Audio Misadventure about?

In 1987 San Francisco, Eddie Lee Sausage and Mitch Deprey began recording the squabbles of their stranger than fiction neighbors, the bigoted Raymond Huffman and the out and proud Peter Haskett. The recital of the pair's outrageous reality quickly took on a life of its own. This darkly funny documentary chronicles the history of Raymond and Peter, as well as what happened to former slackers Eddie and Mitch, who paint a picture of not only their outrageous neighbors, but also of San Francisco's Lower Haight neighborhood in the late 1980s. Interviews with others who were influenced by the recordings document their broad influence on a variety of artists, near and far.

Where to watch Shut Up Little Man! An Audio Misadventure