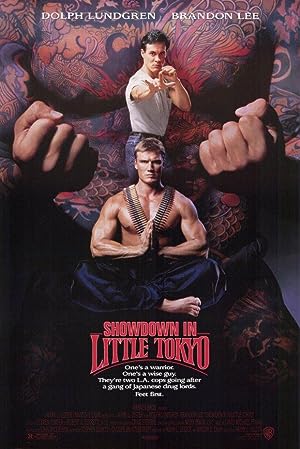 How to Watch Showdown in Little Tokyo 1991 Online in Australia

The cast of Showdown in Little Tokyo

What is Showdown in Little Tokyo about?

Detective Chris Kenner was orphaned as a child as his father was in the service and was killed and lived in Japan. Now he is on the trail of ruthless Yakuza leader named Yoshido, who helped establish a small Japanese area in Los Angeles and is now running a drug ring disguised as a brewery. However, Kenner must team up with a Japanese-American detective named Johnny Murata, and he also must protect a witness named Minako who would testify against Yoshido. But what Kenner will soon discover that he will be in a lot more than what he bargained for.

Where to watch Showdown in Little Tokyo