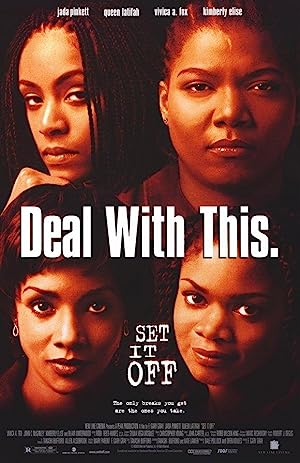 How to Watch Set It Off 1996 Online in Australia

The cast of Set It Off

What is Set It Off about?

Four Black women, all of whom have suffered for lack of money and at the hands of the majority, undertake to rob banks. While initially successful, a policeman who was involved in shooting one of the women's brothers is on their trail. As the women add to the loot, their tastes and interests begin to change and their suspicions of each other increase on the way to a climactic robbery.

Where to watch Set It Off