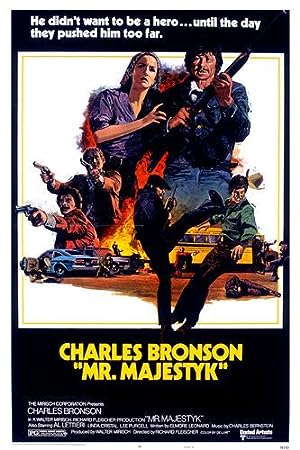 How to Watch Mr. Majestyk 1974 Online in Australia

The cast of Mr. Majestyk

What is Mr. Majestyk about?

Vietnam veteran Vince Majestyk just wants to grow his watermelons and live in peace on his farm. But the local mob boss has different ideas. When his workers are threatened Mr. Majestyk decides to lend them a hand but then the wrath of the mob is turned onto Mr. Majestyk himself. The poor mobsters don't stand a chance.

Where to watch Mr. Majestyk