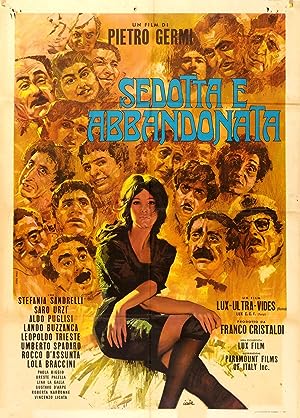 How to Watch Seduced and Abandoned 1964 Online in Australia

The cast of Seduced and Abandoned

What is Seduced and Abandoned about?

Agnese, a 15-year-old Sicilian girl is seduced and impregnated by Peppino, her sister Matilde's fiancé. Soon Vincenzo, Agnese's father, discovers everything. He wants to force Peppino to marry the dishonored Agnese, but Peppino runs away and Vincenzo sends his son Antonio to kill him. At this point, Agnese goes to the police to try to stop events. They're all taken to court. But events can't be stopped, there's still time for a fake kidnapping. A happy end is still possible.

Where to watch Seduced and Abandoned