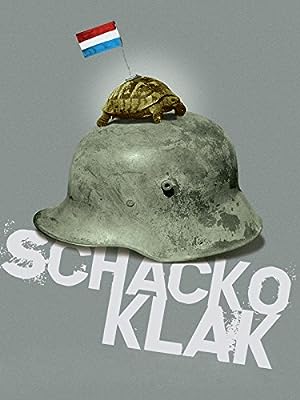 How to Watch Schacko Klak 1989 Online in Australia

What is Schacko Klak about?

The title of the film, set in Luxembourg in 1942, during the Nazi occupation, amalgamates the words Schacko (helmet) and chapeau claque (opera hat). The village, in which it is set, has not yet been feeling the effects of the war at this point. The protagonist Chr"«scht Knapp is an 11 year old boy. Most of the people in the village are engaged in the Resistance, but some collaborate with the Nazis. Chr"«scht is taking care of his grandfatherâ€TMs cows with his friend Jhuliett and spends a lot of time in â€˜hisâ€TM tree in the middle of the forest. Everything suddenly changes when one of the villagers is shot dead for taking part in the general strike of Oktober 9th 1942. The young Luxembourgers are forced to enroll in the Wehrmacht. Some villagers are arrested and others deported to Silesia. The Gestapo searches several houses, hoping to find draft evaders. The Knapp familyâ€TMs home is no exception. Chr"«scht decides to take action and warns the neighboursâ€TM son, who is hiding in the attic, of the Germansâ€TM arrival. His family realises that Chr"«scht is not a boy any longer and that he is ready to take on responsibilities. The last time he climbs into his tree, he watches the Alliesâ€TM planes heading towards Germany.

Where to watch Schacko Klak

Which streaming providers can you watch Schacko Klak on

Here is the comprehensive list of streaming providers that will show Schacko Klak in Australia. If Schacko Klak will appear with other providers further down the line, this table will be updated.

The cast of Schacko Klak