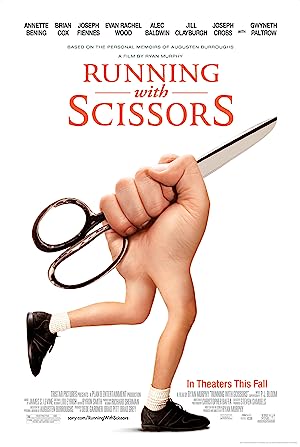 How to Watch Running with Scissors 2006 Online in Australia

The cast of Running with Scissors

What is Running with Scissors about?

The story of how a boy was abandoned by his mother and how he, later, abandoned her. The year he'll be 14, the parents of Augusten Burroughs (1965- ) divorce, and his mother, who thinks of herself as a fine poet on the verge of fame, delivers him to the eccentric household of her psychiatrist, Dr. Finch. During that year, Augusten avoids school, keeps a journal, and practices cosmetology. His mother's mental illness worsens, he takes an older lover, he finds friendship with Finch's younger daughter, and he's the occasional recipient of gifts from an unlikely benefactor. Can he survive to come of age?

Where to watch Running with Scissors