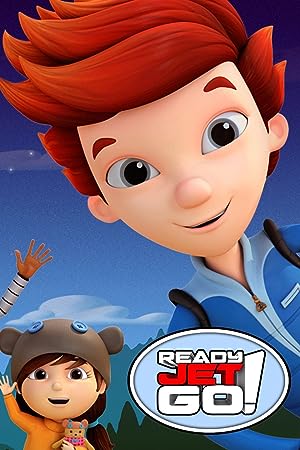 How to Watch Ready Jet Go! Online in Australia

What is Ready Jet Go! about?

"Tour of the Solar System"- Jet attempts to play the "Solar System" game with Sean, Sydney, and Mindy, but the kids don't quite understand which planets go where. Celery, Jet's mom, takes them on a tour of the solar system and introduces each of the eight planets. "Jet Cooks Dinner"- Sydney, Mindy, Sunspot, and Sean help Jet cook a classic meal from Bortron 7 for his parents, Celery and Carrot. After some funny attempts, the kids find that using the Scientific Method works best to get the meal done in time.

Where to watch Ready Jet Go!

Which streaming providers can you watch Ready Jet Go! on

Here is the comprehensive list of streaming providers that will show Ready Jet Go! in Australia. If Ready Jet Go! will appear with other providers further down the line, this table will be updated.

The cast of Ready Jet Go!

Ready Jet Go! is a great Animation movie, we’ve selected several other movie options that we think you would like to stream if you have watched Ready Jet Go!

Ready Jet Go! is a great animation show, we’ve selected several other show options that we think you would like to stream if you have watched Ready Jet Go!