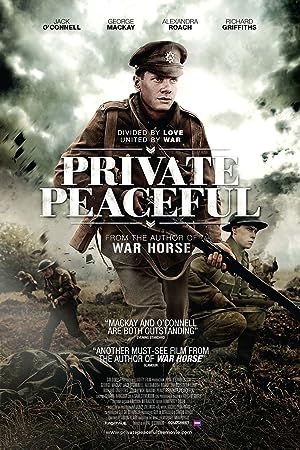 How to Watch Private Peaceful 2012 Online in Australia

The cast of Private Peaceful

What is Private Peaceful about?

Private Peaceful details the gritty rural lives and loves of Tommo and Charlie - two young brothers - and their poor Devonshire family from 1909 until 1916, when the outbreak of war destroys their country idyll. Both join up (one under age) leaving behind the beautiful Molly who is the love of both their lives. The young men survive gas attacks, shelling, German troops and the appalling deaths of their close friends. But one thing they cannot escape is summary military justice.

Where to watch Private Peaceful