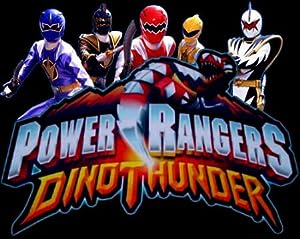 How to Watch Power Rangers DinoThunder Online in Australia

What is Power Rangers DinoThunder about?

When the evil Mesogog launches an attack on the earth, using three fierce machines called Dino Zords - creatures of incredible strength and intelligence - on the world, Dr. Tommy Oliver, a mild-mannered high school teacher must stop him. Reigniting his secret past, as the Green, White, Red Zeo and Red Turbo Power Rangers, Oliver recruits three students as Rangers. But can a rebellious soccer star, a beautiful loner musician and a laid-back champion video gamer become superheroes in time to vanquish Mesogog and his mutant warriors and an upcoming evil White Ranger?

Where to watch Power Rangers DinoThunder

Which streaming providers can you watch Power Rangers DinoThunder on

The cast of Power Rangers DinoThunder