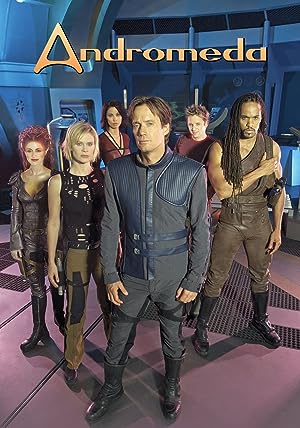 How to Watch Andromeda Online in Australia

What is Andromeda about?

After being frozen in time for 300 years, captain Dylan Hunt and his sentient warship Andromeda sets out to restore peace and civilization to the known universe. With him is the crew of the ship that, with profit in mind and unknowing of her captain still being alive, salvaged Andromeda from the black hole keeping her suspended in time. Andromeda originally hid in the black hole after a big battle. When Captain Hunt wakes up he realizes that this battle was the beginning of an epic war and that the great civilization he was defending, the Commonwealth, has been eradicated from existence. He and his unlikely and sometimes unpredictable crew starts on a mission to once again bring hope to the galaxy.

Where to watch Andromeda

Which streaming providers can you watch Andromeda on

Here is the comprehensive list of streaming providers that will show Andromeda in Australia. If Andromeda will appear with other providers further down the line, this table will be updated.

The cast of Andromeda

Andromeda is a great Action movie, we’ve selected several other movie options that we think you would like to stream if you have watched Andromeda

Andromeda is a great action show, we’ve selected several other show options that we think you would like to stream if you have watched Andromeda