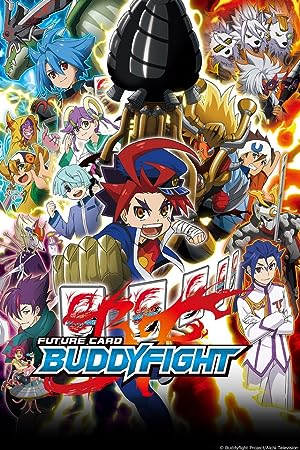 How to Watch Future Card Buddyfight Online in Australia

What is Future Card Buddyfight about?

It is the year 2030, and the stage is the capital of Japan, Chou-Tokyo. Through "Buddyfight", humans have started cultural interactions with residents from other worlds called "Affinity Dimensions". Buddyfight is a game with selected humans as the "Buddyfighter", and residents from the other world as the partner (known as "Buddy Monster"). These battles have high significance and sometimes it is even used to decide the fate of a nation, and naturally there are those who seek to use the Buddy Monsters for evil purposes.

Where to watch Future Card Buddyfight

Which streaming providers can you watch Future Card Buddyfight on

The cast of Future Card Buddyfight