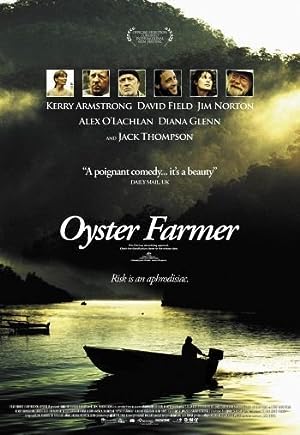 How to Watch Oyster Farmer 2004 Online in Australia

The cast of Oyster Farmer

What is Oyster Farmer about?

Jack Flange leaves the big city for a respite in Australia's Hawkesbury River region, where generations of oyster fishermen (and maybe one woman) have made a living, built histories, and piled up grievances. Jack finds a small-town mentality, with pluses and minuses. There's also a recent burglary and lots of missing cash. Jack gets a job oystering; his boss is separated from a woman of invention, Jack's attracted to a chambermaid turned letter carrier, and there are plenty of mine fields for a city boy to step through. Jack also has a sister, who's ill, to worry about. It's a river journey of self discovery. Is he passing through, or has he found home?

Where to watch Oyster Farmer