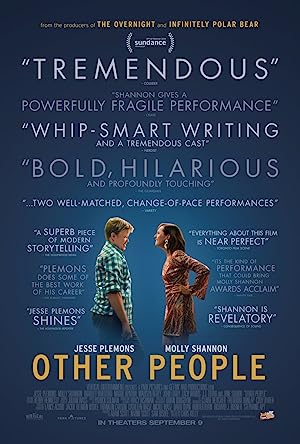 How to Watch Other People 2016 Online in Australia

The cast of Other People

What is Other People about?

Follows David as he moves back home to be with his mother for the year between her giving up her fight against cancer and slowly dying. Davids relationship with his family is, at best, strained (especially in regard to his father) because of an apparent difficulty in accepting his homosexuality. Although the subject matter is genuinely distressing, his mothers death ultimately helps restore his familial bonds and become an integrated part of the family unit again.

Where to watch Other People